On Tuesday 17th May, our Year 8 team visited Edgar Street for their Herefordshire Schools Cup Final vs Whitecross.

Having already beaten Whitecross in the group and winning all 6 of their fixtures in the run-up to the final, the boys were pegged back early on after a long range effort from a free kick skidded in front of Harrison in the Kingstone goal to put Whitecross 1-0 up.

However, Kingstone battled back, applying pressure up the other end of the field. This paid off firstly after the Whitecross keeper was unable to hold an effort from a flowing attack and Harry Metcalfe nipped in at the back post to slot home a deserved equaliser. The boys continued to press and then a first time, looping effort from striker Marley put Kingstone 2-1 up just before the break. 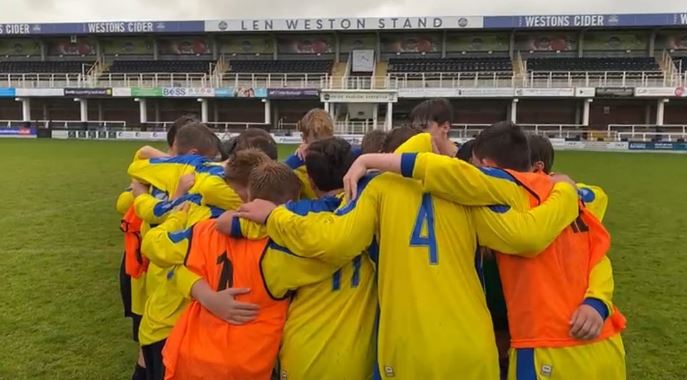 At half-time, the boys knew the next goal would be pivotal and Kingstone looked ever more likely to increase their lead, despite the threat of the pace Whitecross had upfront, but this was dealt with effectively by Lewis and Fraser. Then came the comfort Kingstone were looking for after Dom picked up the ball, broke down the line and his cross was helped by the weather conditions to loop into the top corner, leaving the Whitecross keeper no chance.

Whitecross then changed their formation in pursuit of getting back into the tie, but this left them vulnerable at the back and the width, pace and ball carrying abilities of the Kingstone players opened the gaps. This lead to a fourth from Riley, after a superb cross from Year 7 student Archie, a fifth from Dom after fine build up play, and then a well taken sixth from Riley put the scoreline beyond doubt. 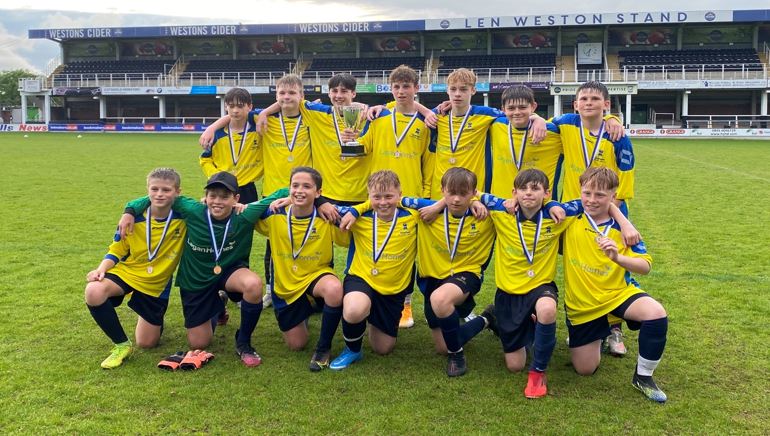 A fine performance from the Kingstone players and a well deserved victory to top of a great season.

Now to defend it next year and hopefully follow up with many more trophies.

Click here to view more photos from the match and check out the video below to see the team lifting the trophy.