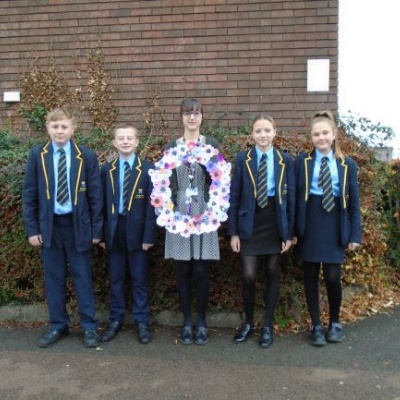 In form time on Monday 8AP created a wreathe of poppies.   Each of the students coloured and cut out at least 3 poppies, which were then attached onto a piece of cardboard in the shape of a wreath.